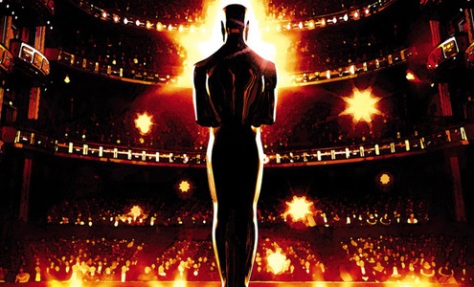 Awards season is upon us and several critics circles, SAG, and the Hollywood Foreign Press (Golden Globes) have listed their best films lists, awards, and nominations in a variety of categories. There’s no reason for me to sit back silently and not get my two cents in. Overall, there haven’t been many surprises, though a few notable snubs immediately come to mind upon reading some of these lists and nominations.

Based on my years of following such lists and awards shows, I’ve put together my “official” Oscar nomination predictions for the four acting categories and Best Picture. I follow each prediction with a “preliminary” winner. These are not my “official” winner predictions, as those will come closer to the Oscars.

The nominations for the 84th annual Academy Awards will be announced on Tuesday, January 24.

Ryan Gosling – The Ides of March

END_OF_DOCUMENT_TOKEN_TO_BE_REPLACED

In this second and final installment of the “Young Hollywood” series, we explore some of film’s young actors under the age of 30.

Please feel free to add on to the conversation by posting a comment on others you feel should be added onto this list.

(Click here to check out Young Hollywood — Part 1: The Filmmakers.)

by Curtis John, with contributions by Daniel Quitério

While JJ Abrams’s Super 8 wasn’t the blockbuster that many were expecting, the true success of it is that it put Elle Fanning squarely on the Hollywood map. It’s not as if she hasn’t appeared in other flicks or that we don’t look twice at her surname and realize that her sister Dakota has the coolest of movie credits to her name at only age 17.

It’s that a look in her doe-like eyes tells us that there is still innocence and no (at least not yet) annoying precociousness that imbues many young Hollywood actresses.

In her still young career, Fanning has managed to step out of her older sister’s shadow, taking on some demanding parts and proving herself as a formidable actress, in her own right. Among them is the title role in 2008’s Phoebe in Wonderland, in which she starred opposite Patricia Clarkson, Felicity Huffman, and Bill Pullman as a troubled girl in a school play. Two years later, she starred in Sofia Coppola’s fourth feature, Somewhere (2010).

As she continues to build her career, let us enjoy the skill with which young Elle amuses us and treasure its pureness, and hope that she can be the star she’s destined to be as she appears next in Twixt with Val Kilmer and We Bought a Zoo with Matt Damon, both of which are slated to release later this year.

END_OF_DOCUMENT_TOKEN_TO_BE_REPLACED

The most nominated actress in Oscar history is working hard for her 17th nomination next year. Meryl Streep has been consistently nominated at least every few years since her first Academy recognition in 1978’s The Deer Hunter. Despite her two wins, you can call Streep the new Susan Lucci. Her last win came nearly 30 years ago for Sophie’s Choice (1982). Thirty years! For some reason, the Academy can’t bear to honor who is arguably the greatest actress of all time just once more. Perhaps it feels “she’s won twice, so let’s honor someone new—all the while, we can’t not recognize her talent, so a nomination will be enough for her.” Enough for her? Maybe. Enough for her fans? Hardly. All these years later, Streep still turns out some truly inspired performances. (I still get goosebumps thinking about what she did for her character in 2008’s Doubt.)

END_OF_DOCUMENT_TOKEN_TO_BE_REPLACED 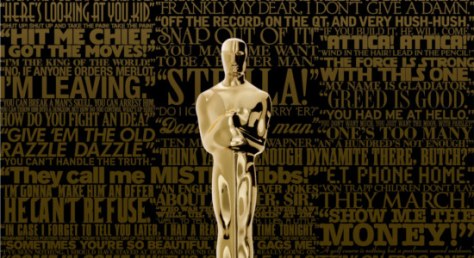 This week, the Academy of Motion Picture Arts and Sciences made a couple of announcements that will, perhaps, shape the future of the Oscars. A couple of years ago, the Academy decided to go back to its roots and expand the Best Picture category from five nominated films to 10. The idea was that this move would help improve the telecast’s ratings by allowing films with a wider viewership and fan-base have a better shot at grabbing a nomination. (There was a bit of an Internet uproar when high-grossing films like The Dark Knight and Wall-E were snubbed from the Best Picture race in 2009.)

During the 1998 ceremony, ratings were huge because most people had seen Titanic, the one film that stood a shot at scoring big that night—and it did. The film had such a large following that those fans were glued to their TV screens to watch Titanic‘s smooth sailing towards the Best Picture prize. Since then, arguably no nominated film has achieved the same level of interest (except for, maybe, Avatar), and the Oscars’ lagging ratings have reflected this. Now, the vast majority of nominated films are indie darlings that don’t have the same type of national or international distribution as their big-budget counterparts. So what does this mean? Fewer eyeballs. Fewer people watch the films that are nominated, and if they’re not familiar with the films that are nominated, there’s no good reason to tune into the Oscars. (And fashion is not a good reason.)

END_OF_DOCUMENT_TOKEN_TO_BE_REPLACED

If you think back, it wasn’t really that long ago when Natalie Portman, Kirsten Dunst, Julia Styles, Scarlett Johansson, Claire Danes, Keira Knightley, Leelee Sobieski, and Anne Hathaway were really starting to break out and come into their own as young leading actresses. (Yes, some were child stars, but I’m talking about breaking into more adult-type roles.) Now, among the aforementioned actresses, there are four Oscar, four Emmy, and 17 Golden Globe nominations. They’ve all reached varying levels of success, and they’re all known and respected still today.

About five – 10 years ago, the ingénue was on an upswing. And now she’s back. Portman and Hathaway are still going strong, but they have to clear some space for Wasikowska and Browning, as they begin to form the new class of the ingénue—the ones to watch out for, the future (and in some cases, present) Oscar, Emmy, and Golden Globe nominees.