At just 1 minute and 41 seconds, “Fresh Guacamole” is the shortest film ever nominated for an Oscar. It competed this year in the Best Short Film – Animated category, where it lost to “Paperman” (a much more deserving film). Despite the lack of story in “Guac,” the stop-motion animation is inventive and whimsical. Check out more of the short works by director PES on his YouTube channel.

This past Thursday, nominations for the 85th annual Academy Awards were announced. In a new twist, the ceremony’s host, Seth MacFarlane, joined Emma Stone on stage at the Academy’s Samuel Goldwyn Theatre in LA to read the nominations. It’s rare for the ceremony’s host to present the nominations, as that position is usually filled by the Academy’s President, but clearly, AMPAS had something new and original in mind. It paid off. The comedic banter between the two worked well, as their chemistry felt natural and fresh. It also helped to paint the Academy in a younger, more vibrant light. Could this be a shadow of things to come when the golden statuettes are distributed on February 24?

One thing the Oscars definitely has going for itself this year is that many of 2012’s nominated films are movies that the general public have actually seen. The Oscar telecast is likely to see a bump in ratings after several years in decline. On to my analysis …

END_OF_DOCUMENT_TOKEN_TO_BE_REPLACED

This animated short film directed by Nicky Phelan and written and performed by Kathleen O’Rourke was nominated at the 2009 Academy Awards for Best Short Film (Animated). In my opinion, it was the best of the five nominated films and should have won for its cleverness and use of multiple animation techniques.

Fifteen documentary features have been shortlisted for the 85th Academy Awards. Of these, five will receive nominations, which will be announced on Thursday, January 10 at 8:30am EST. The shortlisted films are as follows:

Ai Weiwei: Never Sorry
Bully
Chasing Ice
Detropia
Ethel
5 Broken Cameras
The Gatekeepers
The House I Live In
How to Survive a Plague
The Imposter
The Invisible War
Mea Maxima Culpa: Silence in the House of God
Searching for Sugar Man
This Is Not a Film
The Waiting Room

(Notable snubs include The Central Park Five and Love, Marilyn.) 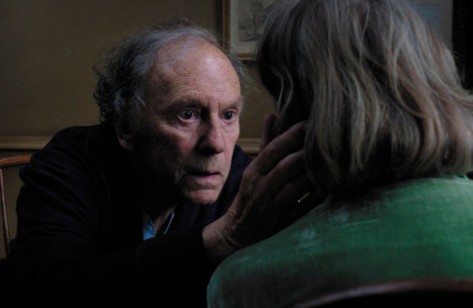 The Academy of Motion Picture Arts and Sciences recently released the official list of qualified films that will vie for this year’s Best Foreign Language Film Oscar. The record 71 nations includes first-time entrant Kenya. To qualify, each country must submit one film that screened in that country before October 1. Though the film does not need to be in the country’s official language, it must be made (director, writer, producer) by a person from that nation. From this list of 71, nine films will be shortlisted and the official five nominations will be revealed on January 10. The winner will be announced at the 85th annual Academy Awards on Sunday, February 24. Early front-runners include Austria’s Amour and France’s The Intouchables. (Continue reading for the full list of entries.)

END_OF_DOCUMENT_TOKEN_TO_BE_REPLACED

Winner of this year’s prestigious Palme d’Or at the Cannes Film Festival, legendary filmmaker Michael Haneke’s Amour tells the story of an octogenarian couple living in France. After Anne (Emmanuelle Riva) suffers multiple strokes, her devoted husband Georges (Jean-Louis Trintignant) loyally stays by her side, caring for her throughout the duration of her deteriorating health. Amour tells a simple, truthful, emotional, tragic, haunting, and beautiful story—one that is likely to remain with the viewer long after the end credits roll. Both veteran French actors Riva and Trintignant offer exceptionally brave performances, only achieved by baring every bit of themselves to each other and on screen. Though the film’s pacing is slow, it reflects a feeling of quiet sadness that hangs heavily over the couple’s Parisian apartment. Amour is Austria’s official 2012 Oscar entry for Best Foreign Language Film and is considered an easy favorite for a nomination.

Voichita and Alina, childhood friends who were raised in the same orphanage, are reunited in the hills of Romania after years of separation. Voichita is a nun in training, living in a pious monastery in the hills without electricity or any other conveniences of modern life. Alina is returning from Germany, where she’s spent the last several years. Feeling anxious and alone, Alina is determined to convince her best friend to return to Germany with her, but Voichita is not the same girl. She’s found God and is under the watchful eye of the resident priest and patriarch of the monastery, simply known as Papa. Alina decides to stay, in hopes that she will be able to persuade her friend to leave the monastery. Things go awry for everyone there once Alina begins to display erratic behaviors, threatening the resident nuns and priest and forcing them to take action.

END_OF_DOCUMENT_TOKEN_TO_BE_REPLACED

This animated short film by William Joyce and Brandon Oldenburg is this year’s Oscar winner for Best Short Film (Animated). Immediately below the film is Joyce’s and Oldenburg’s acceptance speech.

Among this year’s Oscar nominees for Best Short Film—Live Action is “Time Freak,” the comedic story of a neurotic inventor who creates a time machine that he uses to travel around yesterday so that he can obsessively correct his social foibles. The short is the only American film nominated in its category. I had the chance to pick the brains of the film’s masterminds, including writer/director Andrew Bowler, his producer wife Gigi Causey, and lead actor Michael Nathanson, just before their big day in Hollywood.

Where were you when you found out about the nomination?

Michael: I actually was sound asleep. My wife is a public school teacher in NYC, and she had been up early and found out at work. When she woke me up by screaming into the answering machine, I knew it was good news.

Andrew: We were at home when we heard the news. We got up at 4:45am, unable to sleep anymore. The telecast did not come on ’til about 5:50am, and then the results were posted online shortly after that. We wanted to share the possible moment with our friends and family in different parts of the country, so we shot it.

(Watch this video of Andrew and Gigi finding out they have been nominated for an Oscar.)

END_OF_DOCUMENT_TOKEN_TO_BE_REPLACED

This is the continuation of a Q&A with the team from the Oscar-nominated short film “Time Freak” that I conducted for LimitéMagazine.com. For the first part of my interview with writer/director Andrew Bowler, producer Gigi Causey, and lead actor Michael Nathanson, click here.

Andrew, did you go to film school?

I went to NYU’s film school. I think I had a similar experience to most people who go there in that I met my best friends whom I would collaborate with for years and almost no one else. Geoffrey Richman, Michael McDermott, and Adam Fleischhacker are all accomplished filmmakers in their own right and they all worked really hard on “Time Freak.” The four of us all met in the same video class sophomore year. Geoffrey and Mike were producers [on “Time Freak”], as well as the editor and production designer, respectively.

Michael, how and when did you first catch the acting bug? What have been your biggest challenges in developing your style and rhythm as an actor?

I remember being in my first school play when I was in sixth grade, playing the comedic villain in a Gilbert and Sullivan musical, and getting in front of an audience and thinking, “Wow, this is what I want to do.” I was always a film buff, and I had the opportunity to see so many great films, growing up in NYC. It really wasn’t until I got to Northwestern in Chicago and studied theatre that it really hit me that this is what I’m going to be doing with my life. As an actor, kind of like the character in “Time Freak,” you’re always trying to get better, understand the craft more—sometimes it works and sometimes it doesn’t. I feel like I try, whether it’s stage or screen, to give the audience something edgy, something unexpected. I like when an audience is uncomfortable, and yet wants to know more. I think that’s when the most interesting work happens. There’s a fearlessness I admire in actors like Gary Oldman and in comedians like Bill Murray; they are so invested in their character work, you truly feel like anything can happen at any moment. I guess I would say I’m not into ever playing it safe.