In Oscar-winning director Tom Hooper’s upcoming Les Misérables, starring Hugh Jackman, Russell Crowe, and Anne Hathaway, the filmmaker made the choice to have the actors sing live on set, rather than the customary approach of having them record an album earlier and lip sync to the pre-recorded songs during filming. It’s a risky move, but appears to be one that gave the actors a certain freedom and the ability to express their characters in a very real and raw way. Check out this brief featurette for a behind-the-scenes look.

Les Misérables opens in theatres this Christmas and is primed for a major Oscar push. (Check out my previous post on “5 Reasons Why Anne Hathaway Will be Oscar Nominated for Les Misérables.”) 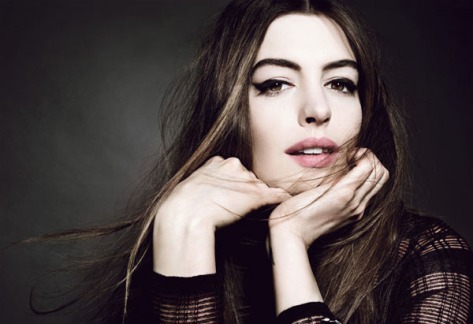 Sure, it’s probably a bit early to be making such claims, particularly since Les Misérables hasn’t even hit theatres yet. (It opens on December 14th.) However, I’m an Oscar buff and I can’t help but be thinking year-round about which films and performances will be honored come February. And so I’m going on record to state that I believe Anne Hathaway will receive an Oscar nomination next year for her supporting role as Fantine in the film adaptation of the hit Broadway musical. (Whether Hathaway’s part is considered a lead or supporting role will depend on the adaptation. Those familiar with the stage version know that despite Fantine’s importance to the plot, she has limited stage time. So like Catherine Zeta-Jones’s role in Chicago [2002] and Kate Winslet’s role in The Reader [2008], Hathaway’s role in Les Mis could put her in either the lead or supporting races, depending on voters’ whims.)

END_OF_DOCUMENT_TOKEN_TO_BE_REPLACED 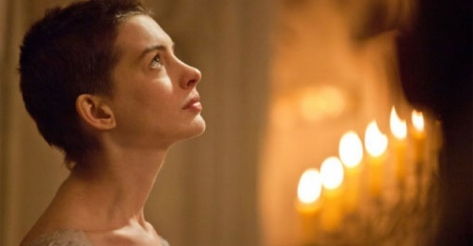 This is a film I’m eagerly awaiting and will be one of the definite highlights of the Christmas season. Being a fan of the musical, my first reaction upon watching this (and I’m sure it’s no different from others’) is that Anne Hathaway does not have the vocal chops to pull off this role. Hathaway’s singing ability has been noted, and she does have a nice voice, but I had long questioned whether it’s strong enough to emote the angst and range required to do the emotionally charged character of Fantine justice. This teaser tells me it’s not. Still, I look forward to Tom Hooper’s follow-up to his Oscar-winning The King’s Speech.