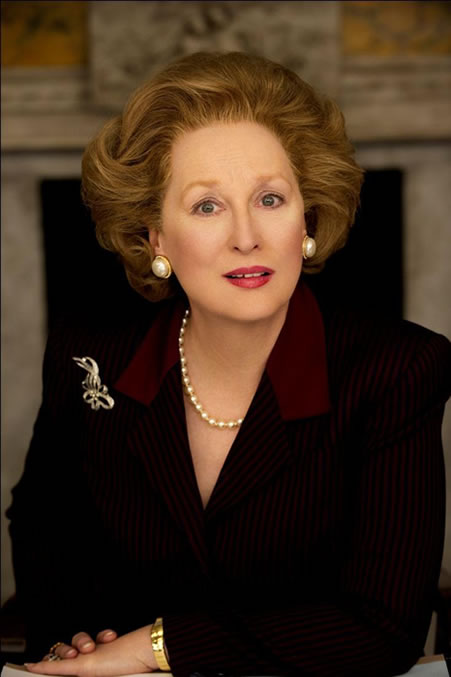 The most nominated actress in Oscar history is working hard for her 17th nomination next year. Meryl Streep has been consistently nominated at least every few years since her first Academy recognition in 1978’s The Deer Hunter. Despite her two wins, you can call Streep the new Susan Lucci. Her last win came nearly 30 years ago for Sophie’s Choice (1982). Thirty years! For some reason, the Academy can’t bear to honor who is arguably the greatest actress of all time just once more. Perhaps it feels “she’s won twice, so let’s honor someone new—all the while, we can’t not recognize her talent, so a nomination will be enough for her.” Enough for her? Maybe. Enough for her fans? Hardly. All these years later, Streep still turns out some truly inspired performances. (I still get goosebumps thinking about what she did for her character in 2008’s Doubt.)

This year, Streep is fighting hard again—and one can hope things work out differently for her come February 26, 2012. (That’s Oscar Sunday, kids. Mark your calendars.) In the upcoming The Iron Lady, she embodies famed British prime minister Margaret Thatcher—an Oscar role if I’ve ever seen one—strong and independent, but probably also vulnerable. I expect Streep to pull no punches in this performance. The film is directed by Phyllida Lloyd, who also directed the icon in the less-than-stellar Mamma Mia! (2008).

In what is a fantastic teaser trailer, we see and hear Streep at the very end (a real teaser trailer). Everyone wants to know what she looks and sounds like, so the anticipation is nearly overwhelming before the last few seconds—and then she hits us … with those iron fists.

It’s still extremely early to count out any other leading female performance this year. We’re not even in prime Oscar season yet, and already Oscar winner Tilda Swinton has been receiving buzz for her performance in the intense Cannes selection We Need to Talk About Kevin. Here we are, over seven months away, and I have a feeling the Best Lead Actress race is going to be a battle to the finish.

One thought on “Meryl Streep Is Made of Iron”