And speaking of Chloë Grace Moretz (see the Carrie post below), the official poster for her upcoming release Hick debuts today. (There isn’t a single actor in this movie that I don’t love!) Check it out below, followed by information on the new film. 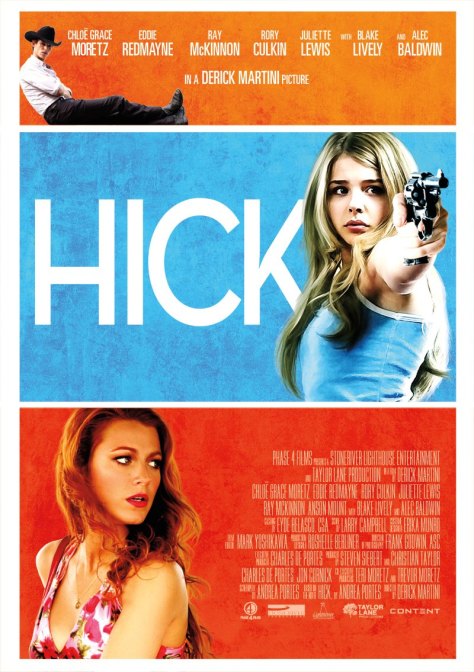 Small-town teenager Luli (Chloë Grace Moretz ) escapes to Las Vegas, leaving behind her alcoholic and abusive parents. Armed with her smarts, a pistol and pocket money, she hitchhikes her way west. Along the way, Luli crosses paths with Eddie (Eddie Redmayne), an unstable rebel with questionable motives, and Glenda (Blake Lively), a cocaine-snorting drifter on the run. Adapted from the critically acclaimed novel by Andrea Portes, this powerful story pulls you into a provocative world of drugs, seduction and murder.

The Derick Martini-directed film opens theatrically and on VOD on May 11.