You have enough on your plate. Nominee luncheons. Press releases. Etc. I get it. You don’t have time to watch all the nominated films. No worries. I’m pleased to step up to the plate, watch the movies, and offer my (informed) opinions. I know you’ve looked forward to this memo for the last nine years, so how could I possibly disappoint you by skipping a year? So attend your lunches and write your press releases lauding improved diversity numbers among your ranks. Leave the Oscars to me. I’ll take it from here. 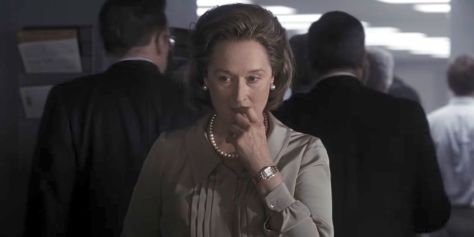 Call Me by Your Name
Darkest Hour
Dunkirk
Get Out
Lady Bird
Phantom Thread
The Post
The Shape of Water
Three Billboards Outside Ebbing, Missouri

Who Should Win: The Post. It’s not my favorite film of the year, but it’s certainly near the top. This contemporary film is a future classic. Its message is timely and timeless, it features a strong and complex female lead (a plus anytime, but especially these days), and voting for it would serve as a giant “F you” to a president that has launched a cold war against the news media. Also: Spielberg, Streep, Hanks. This should be a shoo-in.

Who Will Win: Lady Bird (along with Get Out, it’s the most generally liked film, which helps it with the preferential ballot)

Who Should Win: Guillermo del Toro. This is arguably the year’s most exciting category. In what has notoriously been a white man’s race, this category features three races, two genders, four first-time nominees, and five writer-directors! Each film is the vision of an auteur. Each director’s stamp is so firmly sealed on his or her (!) respective film. But only two of these films would qualify as true technical achievements. And when you can merge your unique vision with a technical accomplishment and succeed, you rise head and shoulders above the competition. So between Nolan and del Toro, I’m going with the latter. Both filmmakers made an art out of silence, and they’re both overdue, but del Toro’s The Shape of Water is so uniquely his that I have to give him the edge. Plus, Cuaron and Iñárritu are recent winners, so how great would it be to see their friend and fellow Mexican auteur del Toro join the club?

Who Will Win: Guillermo del Toro

Who Should Win: Gary Oldman. From unlikely prime minister to historic legend, Winston Churchill’s life in parliament spans a cinematic arc. And every step along the journey is beautifully chronicled by Oldman’s wonderful performance. He embodies Churchill, offering color and complexity to one of the 20th century’s most notable figures—highlighting his uncertainty, his humor, his intellect, and his strength. There’s only one option here: the incomparable and criminally overdue Gary Oldman.

Who Will Win: Gary Oldman

Who Should Win: Margot Robbie. There’s no world in which I would not want to see Sally Hawkins (one of the world’s most underrated actors) or Saoirse Ronan (with her natural talent) win. But it’s not their year. While McDormand is the obvious winner for delivering her standard shtick, let me attempt to convince you of Robbie’s deservedness. She took on a role spanning over 25 years of that character’s life (no small task), she gave humanity to a notorious figure we thought we knew (no small task), and she beautifully landed the emotional and the (very) physical requirements of the part (no small task). And if for no other reason, she deserves the trophy for that silent scene in the mirror alone. She has many years and nominations ahead of her, but don’t make the mistake of passing on her in 2018 and honoring her for a lesser performance 20 years from now. Give her the award for the performance that earned it. That’s I, Tonya.

Who Will Win: Frances McDormand (but really, why?) 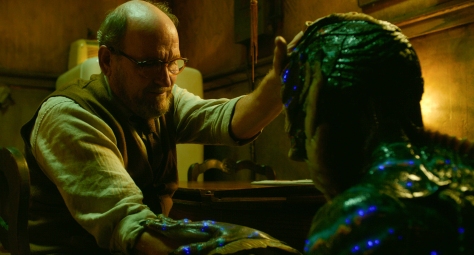 Who Should Win: Richard Jenkins. He’s probably last on the list of likely winners, but he’s got my vote. His performance really stuck with me because of the fragility he brought to the part. His character is one of several in the film that can be categorized as the “other”—the disenfranchised, the misunderstood. And Jenkins expertly takes that notion and uses it to inform his character’s motivations. It’s a quiet, subtle performance, but it speaks volumes.

Who Will Win: Sam Rockwell

Who Should Win: Allison Janney and Laurie Metcalf. I can’t decide, so I’m picking both. They both play mothers, one who perhaps cares too much about her daughter and the other who doesn’t care enough. How can one possibly choose? They’re both masters of their craft.

Who Will Win: Allison Janney 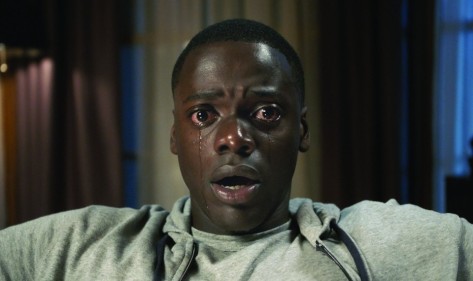 Who Should Win: JORDAN PEELE! JORDAN PEELE! JORDAN PEELE! It’s my favorite movie of the year, and the writing is why I love it so. Mechanically speaking, this script is the tightest I’ve seen in years. There’s simply no waste. But beyond that, it offers a strong point of view, a unique take on a familiar (and tired) genre, and it reverses conventions in a refreshing way. Place emphasis on the word original in this category’s name. This can’t go any other way.

Who Will Win: Jordan Peele 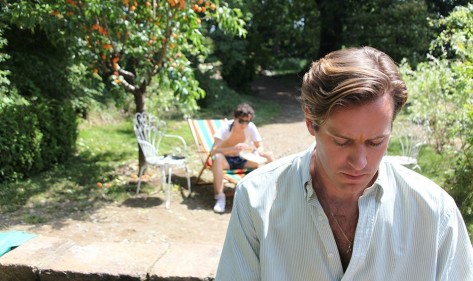 Who Should Win: James Ivory. I’ve only seen two of these films (so far), so I should probably recuse myself, especially since I’m not convinced that either of the two films, despite some strong aspects, are entirely deserving. But since this is my blog, I make the rules. And “vote” I will. I’ll go for James Ivory because of the quiet moments that spoke so loudly (though I think that’s more a testament to the performances) and Michael Stuhlbarg’s beautiful and poignant monologue. Still, Ivory did not place much emphasis on economy, as his script could have been about 20 pages shorter.

Who Will Win: James Ivory