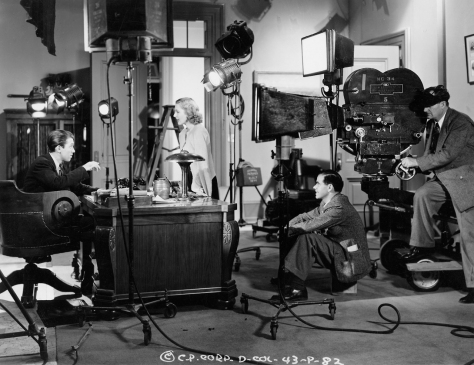 There’s Frank Underwood … and then there’s Jefferson Smith. They’re about as opposite as opposites get. With antiheroes dominating pop culture as of late, it’s worth taking a step to the left to appreciate one of the good guys. Smith, portrayed by my favorite actor James Stewart in my favorite film, Mr. Smith Goes to Washington (1939), may be naive, but he’s also pure of heart. It’s his pure intentions and intestinal fortitude that make all the difference when he seeks to make a difference. And he succeeds.

END_OF_DOCUMENT_TOKEN_TO_BE_REPLACED 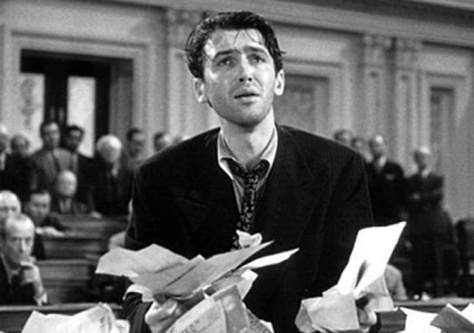 “You’re not gonna have a country that can make these kind of rules work, if you haven’t got men that have learned to tell human rights from a punch in the nose.”

With the US presidential election just three days away, there’s been talk on TV and in social media about the best political films of all time. Seeing as my favorite movie of all time is a political film, it’s worth giving it its due now (though it’s always worthy of much-deserved consideration).

After a US senator from an unnamed state dies, the governor chooses an unlikely replacement to fill his seat. At his young sons’ urging, the spineless governor appoints Jefferson Smith (James Stewart), leader of the Boy Rangers (a sort of Boy Scouts), to take the position. Wide-eyed and naive, Smith ventures to the nation’s capital for the first time, where he meets and is mentored by fellow senator Joseph Paine (Claude Rains). When Smith learns of his mentor’s involvement in a crooked political scheme, the green senator is forced to face the reality of American politics head on. With the help of his secretary, Clarissa Saunders (Jean Arthur), Smith learns to take a stand against corruption and in favor of true democracy.