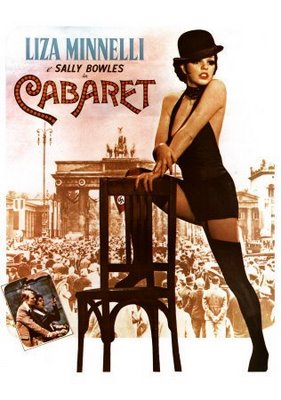 As is noted in the 170 Greatest Films section of this blog, the foundation of the 170 list is AFI’s original “100 Years … 100 Movies” list from 1997. Ten years later, the esteemed organization took another look at the greatest American films with a new, fresh perspective. Citizen Kane topped the list both times, but there were some modifications in 2007. Some films fell off the list. Some were added. Among those added was this 1972 classic, which I recently watched for the first time.

Cabaret was The Godfather‘s primary competition at the Oscar ceremony that honored some of the greatest films of 1972. (The Godfather ranked third on the original 1997 AFI list, and jumped to the runner-up position in 2007.) Many consider Coppola’s film to be “the perfect film,” but there were some doubts it would win the top prize at the Oscars that year. Throughout the night, Cabaret beat The Godfather in several categories. In total, Cabaret won an impressive eight statues out of its 10 nominations. The Godfather, however, took home just three out of 10 nominations. (Well, technically, only two went home since Marlon Brando refused his Best Actor award.)

END_OF_DOCUMENT_TOKEN_TO_BE_REPLACED

In honor of tomorrow’s apocalypse, enjoy this clip of the opening of Apocalypse Now (1979), one of the greatest films ever made. 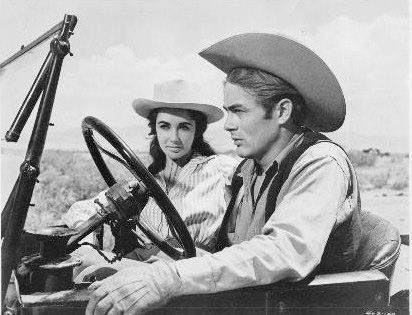 Currently on my DVR is the 1956 classic Giant. This is the story of a wealthy land owner and cattle rancher and his spoiled Virginian bride, and the conflicts that arise at home in Texas regarding race, class, and changing traditions (paraphrased from Yahoo! Movies). The film is as big as its title implies—and just as epic as the story and runtime is the cast. Hollywood heavyweight filmmaker George Stevens directed a monstrous cast that reads as a who’s who in classic Hollywood, including Elizabeth Taylor, Rock Hudson, James Dean, Mercedes McCambridge, and Dennis Hopper.

This film sits comfortably on my 170 list and is also one of just three films to star Dean before his untimely death the previous year, in 1955. Giant earned 10 Oscar nominations and one win, for Stevens’s direction. Among the nominations were Best Picture, Best Adapted Screenplay, and honors for Hudson and McCambridge for their leading and supporting performances, respectively. Dean also received a nomination for his leading performance—his second posthumous nomination (the other being for 1955’s East of Eden, which is also on my 170 list).

Currently on my DVR is the 1927 classic Wings. It’s the story of two men—one rich and one middle class—who share a common interest in the same woman as they become fighter pilots during World War I. Starring one of the biggest actresses of the time, Clara Bow plays a woman whose affections for one of the pilots are largely unnoticed. A 25-year-old Gary Cooper appears in this classic.

Wings earned the distinction of being the very first Best Picture Oscar winner. It’s also the only silent film to win the award. During that very first Oscar ceremony in 1929, the film beat out The Racket and 7th Heaven for the Outstanding Picture honor. It also went on to win for its “engineering effects,” a category that only existed that first year.