The thing about the indie film world is that it does not shy away from material that pushes the boundaries. It likes to challenge viewers and get them to think about things of which they normally wouldn’t. It seems that the latest in these “trending topics” is cult life. Last year, Sean Durkin’s Martha Marcy May Marlene introduced us to a disturbing cult world, perhaps not unlike the one we’ll be exploring next in Fox Searchlight’s newest release, Sound of My Voice. The film, which is directed by Zal Batmanglij (yes, the first six letters of his last name spell “Batman”!), is co-written by the director, himself, and one of indie film’s newest darlings, Brit Marling. In fact, the tri-hyphenate Marling also stars in the film and produced it. (Her last effort as writer-producer-star was last year’s independent triumph Another Earth, which shared a stage at Sundance 2011 with Sound of My Voice.)

This latest film stars Marling as a cult leader who claims to be from the future and is being investigated by a journalist and his girlfriend. Sound of My Voice also stars Christopher Denham (Shutter Island, 2010) and Nicole Vicius (Half Nelson, 2006). Below are some images by Fox Searchlight, as well as the trailer and an interview with Batmanglij and Marling, conducted at last year’s Sundance Film Festival with prolific indie producers Christine Vachon (I’m Not There., 2007; Far from Heaven, 2002) and Ted Hope (Adventureland, 2009; American Splendor, 2003).

The film, which also screened at the 2011 SXSW and the 2012 Palm Springs International film festivals, opens on April 27. To view the movie’s first 12 minutes, visit soundofmyvoicemovie.com. 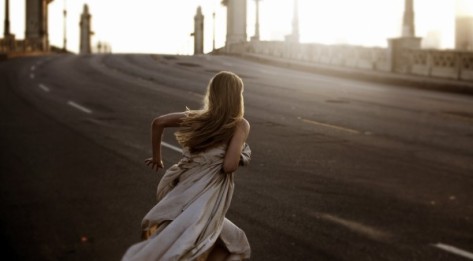