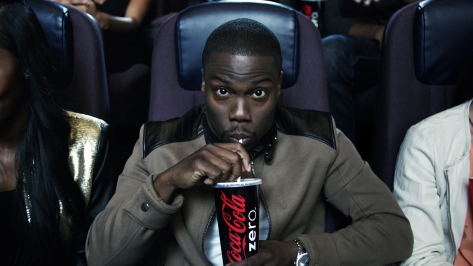 From Douglas Fairbanks and William C. deMille to Ellen DeGeneres and Neil Patrick Harris, Hollywood’s brightest stars have been taking center stage to honor the year’s best in film for 87 years. Being offered the role of Oscar host is considered a great honor—or burden—a vote of confidence in a person’s ability to entertain one of TV’s largest live audiences, all while keeping the pace of what some consider a painstakingly long ceremony. The role can make or break an entertainer, accepting both praise and blame in equal measure, depending on the ratings success of the televised ceremony. With so much pressure thrust upon the Oscar host, it’s easy to understand why anyone might turn it down. Popularity and a high profile aren’t enough to ensure success (ask James Franco and Anne Hathaway).

So with the Academy announcing next year’s host in the upcoming months, I thought I’d give it a little nudge. Though some stars could easily feel like a slam-dunk (Tina Fey, Amy Poehler, Will Ferrell, Jimmy Fallon, Martin Short, or even Dwayne Johnson), it’s someone else entirely whom I’d like to see take the reins. I present five reasons Kevin Hart would make the perfect Oscar host.

The ideal candidate is someone who bears some relevance to and credibility in the industry being honored. With several movies under his belt, including smash hits Get Hard (2015), Ride Along (2014), About Last Night (2014), and Think Like a Man (2012) rounding out his filmography, the comedian can add bona fide movie star to his resume. In fact, his films have earned well over half-a-billion dollars in the last three years alone. And with three more movies coming out in 2016, including the hotly anticipated Ride Along 2 just weeks before the Oscar telecast, Hart will be just as part of the conversation come the 2016 Academy Awards as he is now.

Hart’s body of work represents the Hollywood blockbuster, the very sort of movie famously overlooked by the Academy in the last several years, drawing much criticism from the typical armchair critic at home. In fact, some have suggested that the Oscars’ rollercoaster ratings are a result of it placing favor on the year’s art house fare, little seen by the typical moviegoer, at the expense of some of the year’s bigger box office hits. At least partly in response to this, the Academy expanded its Best Picture category from five nominated films to as many as 10 starting in 2009, with the thought that an expanded category would provide room for some of the year’s more widely seen movies. (Still, this didn’t benefit Avatar, the highest-grossing film of all time, when it lost to the much smaller The Hurt Locker that inaugural year.) The Academy likely longs for viewership to rival its 1998 broadcast, when the fan-favorite Titanic won Best Picture in front of over 57 million home viewers. Perhaps extending an olive branch to “blockbuster Hollywood” by offering hosting duties to one of its own would be a good start.

The humor found in Hart’s routine is typically derived from his everyday life, the stuff that’s relatable to wide audiences. His ability to let his hair down and find funny situations in the most mundane details is what draws admirers from various ethnic backgrounds. And with fans spanning the color wheel and both genders, he seems to make a point not to allow his comedy to enter caustic territory. He doesn’t need to. As Hart told The Hollywood Reporter, “I’m not an angry person. I left those years behind” (January 23, 2015). In the same story, THR notes, “He’s never salacious, never tawdry and never makes comments about women or gays that might offend some or even all. He seems almost genetically inoffensive, in fact, and avoids anything controversial.” In short, Hart is a “safe” bet.

The Academy has long been criticized for its lack of diversity, both in terms of its voting membership (94% Caucasian and 76% male with an average age of 63, according to a 2012 Los Angeles Times survey) and most recently its nominees (who could forget this year’s “whiteout,” when all 20 acting nominees were Caucasian, despite some worthy performances by actors of color?). Offering Hart the hosting gig wouldn’t eliminate these longstanding concerns, but it would be a step in the right direction, especially since a non-Caucasian host hasn’t helmed the Academy Awards in a decade. (You have to look as far back as 2005 when Chris Rock emceed the ceremony.)

Hart also has youth on his side. At just 36, he belongs to a younger generation, and most importantly, is primed to deliver a very elusive younger and socially adept audience to the stalwart Oscar broadcast. Consider his 20 million Twitter followers (@KevinHart4real) and his various youth-leaning awards, including the 2015 Comedic Genius Award at the MTV Movie Awards, the 2014 Teen Choice Award for Choice Comedian, and even the 2014 Nickelodeon Kids Choice Award for Favorite Funny Star. That’s a major vote of confidence from an audience that’s highly valuable to advertisers.

One of the primary attributes of a stand-up comedian, especially one as successful as Hart, is that he knows his way around a stage. With a microphone regularly affixed to his hand, his level of comfort, his charisma, and his ability to adjust to unexpected, live situations has been tested time and time again. Consider some of his biggest and most successful outings on stage in front of large, live audiences, including two stand-up movies, three TV specials, and top-selling comedy tours—including his current What Now tour, which has several sold out dates. His TV hosting chops have also been tested and proven effective. These include such high-profile hosting gigs as two outings with Saturday Night Live and the highly rated Comedy Central roast of Justin Bieber (the third most-watched ever for the network).

There are a multitude of talents who could potentially serve well as Oscar hosts, but few are so culturally relevant and representative of the gap in diversity, age, and Hollywood blockbusters that the Academy Awards so desperately needs to fill. It’s a matter of allowing the Oscars to evolve with the audience, for the sake of its long-term health. It’s time to start thinking differently and taking chances—and most of all, giving the audience what it wants. And judging by his massive and growing popularity, the audience wants Kevin Hart.