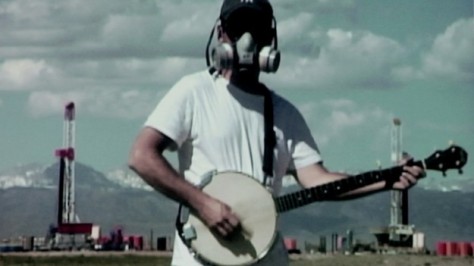 Currently on my DVR is the 2010 Sundance award-winning documentary GasLand. This HBO film was nominated for the Best Documentary Oscar this past year and is currently nominated for four Primetime Emmys in nonfiction programming categories, including directing, writing, and cinematography. I’m not sure how a film that has both theatrical and television distribution can be eligible for the top prizes in both media, but I’m sure it’s got to be great. Here’s the synopsis from the film’s IMDb page:

It is happening all across America—rural landowners wake up one day to find a lucrative offer from an energy company wanting to lease their property. Reason? The company hopes to tap into a reservoir dubbed the “Saudi Arabia of natural gas.” Halliburton developed a way to get the gas out of the ground—a hydraulic drilling process called “fracking”—and suddenly America finds itself on the precipice of becoming an energy superpower. (Written by Sundance Film Festival)